This experiment was on organically certified research land, and included only organic treatments.

In 2002 we established an organic farming systems experiment for vegetable production on organically certified research land at WSU Puyallup. The experiment compared 12 organic management systems, including three cover cropping systems, 2 tillage treatments, and 2 amendment types, arranged in a split-split plot design. Treatments were chosen based on input from local farmers through workshops, farm visits, surveys, and focus groups.  The experiment was terminated in 2015.

2-Relay cover crop: summer planted legume, as a relay crop planted between rows of the cash crop before they were harvested.

2-Modified: major tillage done with a spader. This usually prepares a seedbed in a single pass.

Single crops (outlined in red below) were grown the first three years of the experiment, including snap bean, fall spinach following summer cover, and winter squash. Beginning in 2006, each plot was planted to 4 rotation crops each year, with one bed having two consecutive crops.  Crops included snap bean, winter squash, broccoli, and lettuce.  In 2011 and 2015 winter wheat was grown in the relay and post harvest plots to break up disease cycles.  Pasture plots were in pasture 1 year followed by 1 year of vegetable cropping prior to 2007, then 2 years of pasture followed by one year of vegetable cropping thereafter. 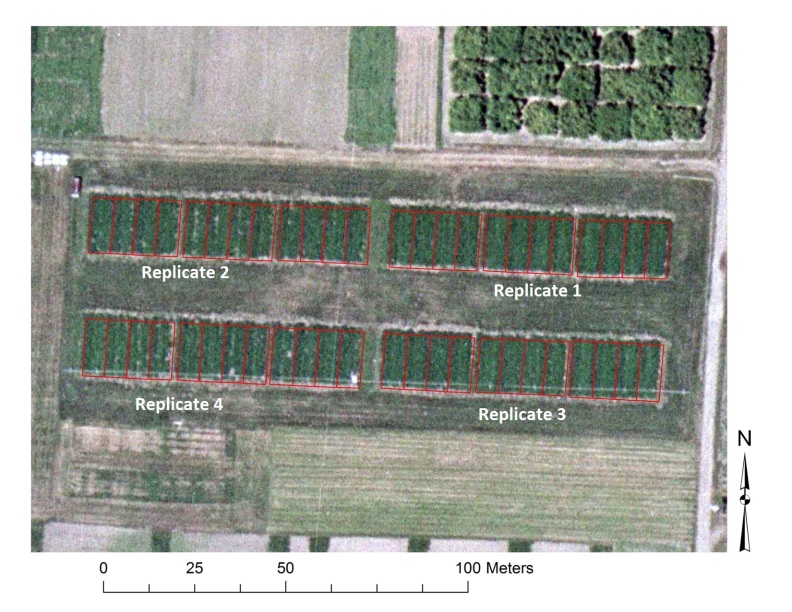 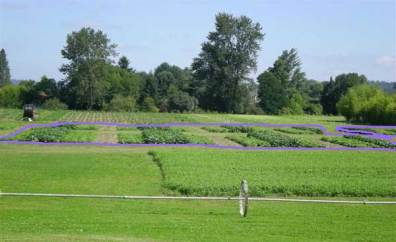 Above, one Replicate (outlined in purple)