Soils within the area of the farm sampled varied greatly in texture. There was a strong gradient of increasing sand and decreasing clay from west to east. Sand ranged from 5-54 % while clay ranged from 9-27%. Four texture classes were identified: sandy loam, loam, silt loam, and silty clay loam.

This project was funded by a graduate student research grant from the ♣ Western Sustainable Agriculture Research and Education Program. 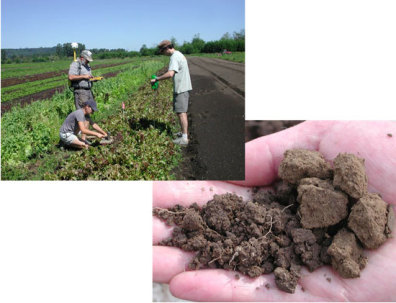 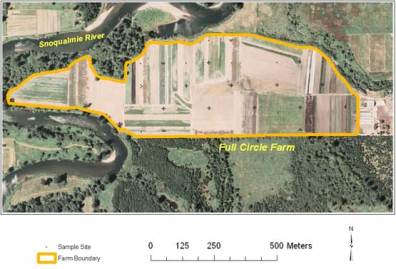