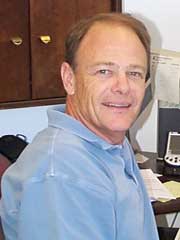 Dr. Jon D. Johnson was an Associate Professor of Natural Resource Sciences at the Washington State University Puyallup Research and Extension Center. He received his Bachelor of Science degree in Forest Biology from Colorado State University, his Master of Science degree in Forestry/Plant Physiology from the University of Minnesota and his Ph.D. in Tree Physiology/ Soil Science from Oregon State University. He had held faculty positions at Virginia Tech and the University of Florida before coming to WSU. He oversaw the collection of Populus species, development and testing of hybrid poplars for growth and disease resistance, managed clone arboreta for breeding purposes, and conducted research on the production physiology of fast growing species including poplars, alders and willows. He was most recently researching the use of both hybrid poplars and black cottonwood in riparian buffer plantings, and carbon sequestration by hybrid poplar in the Pacific Northwest. Dr. Johnson passed away in June of 2009, after a year battling cancer.